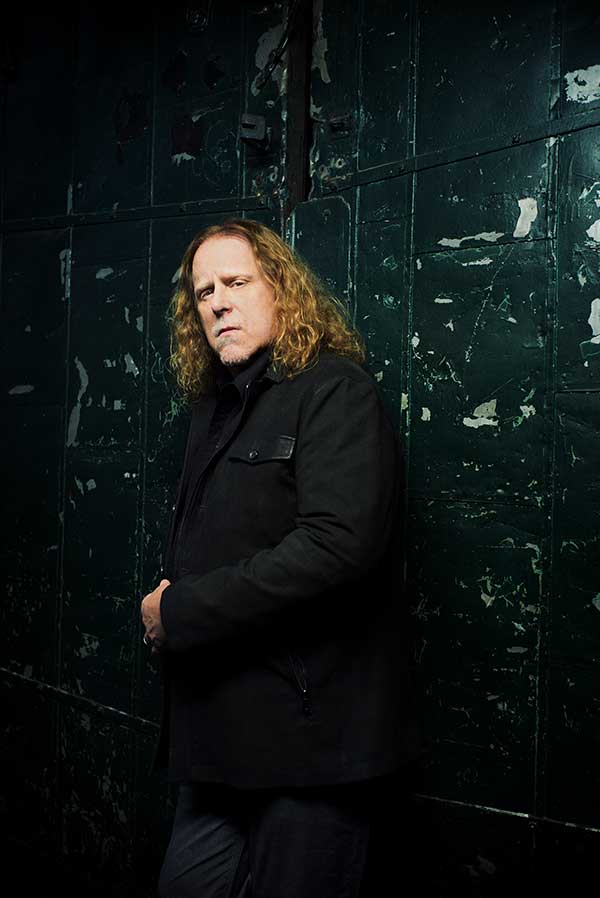 You think you know someone, and then you realize that there’s more than meets the eye.

Grammy Award winning artist Warren Haynes has been recognized as a cornerstone of the American music landscape and revered as one of the finest guitar players in the world. Throughout his prolific career as part of three of the greatest live groups in rock history – Allman Brothers Band, Gov’t Mule and the Dead – his virtuosic artistry has led to thousands of unforgettable performances and millions of album and track sales. Despite all of the ground that Haynes has covered on his musical journey, the impressive thing is that he still has many miles to explore. On his newest solo album Ashes & Dust, he puts forth one of his most gorgeous, musically rich and personal albums to date. It is endlessly exciting to see one of the most brilliant minds in modern music shine an entirely new light on the depths of his creativity.

Ashes & Dust, only the third studio album Haynes has ever released under his own name, is a masterful work of art and a particularly important statement for Haynes. The songs are immediately and clearly different from his usual style – encompassing beautiful acoustic arrangements, a rootsy/Americana soundscape and honeyed vocals that cut straight through to the soul. Although many of these songs are brand new, some of the tunes that make up this album have been dear to Warren for years. In some cases he has been carrying them around for 20 or 30 years, waiting for the right time to record them.

“I’ve been writing songs all my life from a more folky, singer-songwriter, even Celtic direction,” he says. “For a while, I’ve been compiling songs that didn’t necessarily fit in with Gov’t Mule or the Allman Brothers or even my last solo album. So this record was really a chance to bring a lot of that music to fruition. It’s really given me the opportunity to take a lot of songs I love, that didn’t have a home, and build a home for them.”

Given his life-long commitment to experimentation and eclecticism, though, it should come as no surprise that the album reveals yet another new side of his musical personality. Knowing that he wanted to pursue a more folk-based approach on this project, he brought in the New Jersey-based Americana band Railroad Earth as collaborators.

“I have a cool chemistry with those guys—they add their own personality to the songs, but they’re really great at interpreting, as well,” says Haynes. “We’ve known each other casually for several years, and then at Del-Fest a few years ago, we winged a few songs together and it went really well. A little later, when I was opening the Capitol Theatre in Port Chester, NY, they joined me for part of the set. We did that with a little more rehearsal, more preparation, and it was a great experience. At that point, I started thinking that maybe I should make my next record with these guys.”

Even with a clear sense of his goals for the album, Haynes and Railroad Earth still needed to explore various avenues and possibilities. They recorded more than 30 songs, often trying entirely different arrangements for each take or even recording late at night and not listening to playbacks until they reconvened the next day.

Fans of jam-band powerhouse Gov’t Mule or the most recent soul-charged incarnation of the Warren Haynes Band—or listeners who know Haynes through his 25-year affiliation with the Allman Brothers Band or his work with various extensions of the Grateful Dead family—may be surprised to hear him working in a more song-based context. Several of the tracks on Ashes & Dust, like “Company Man” and “Coal Tattoo,” are links to the folk tradition of narrative writing.

“I love story songs,” Haynes says. “I was very influenced by the whole concept of writing songs that tell a story. When I first got bitten by the singer-songwriter bug, when I was 14, it was due to those people who transported you to another place and another time with their songs”

Which is not to say that Ashes & Dust leaves his instrumental adventures behind; several songs such as “Blue Maiden’s Tale” and “Stranded in Self-Pity” open out into more extended musical journeys. “In the studio, you’re always looking for the balance between structure and focus and improvisation, opening up the music to chance” says Haynes. “But too much of either can keep the music from being as rewarding or as effective as it can be. Luckily my audience loves things to be stretched out. They love to hear the performance aspect. It was nice to take a few dirt roads, musically speaking, and go to some places none of us were expecting.”

Haynes shares that this album also brought out some new dimensions for him as a guitarist. “My playing here is quite different from what I’ve done in recent projects. It’s showcasing a side of my musicality that’s unlike, in some cases, anything I’ve ever done,” he says, noting that he played a hollow-body D’Angelico instrument (“kind of a jazz guitar”) for many of the sessions. “I like to adapt to my surroundings—to the music itself and to the musicians, trying to choose a musical voice that fits into the overall picture a certain way. I played a lot more slide guitar than I’ve played in a long time and a lot of acoustic guitar, things that were more directed to weaving themselves into the fabric of this music.”

One of the songs, “Spots of Time” (the lyrics of which include the phrase that gives the album its title), may be familiar to ardent Haynes-watchers. The song was written by Haynes and Phil Lesh from the Grateful Dead, and the Allman Brothers have been playing it on stage in recent years. He had hoped that the song would be included if the Allmans made another studio album, but after the legendary band retired in 2014, he decided to record it himself—but not before inviting Allman Brothers Band bassist Oteil Burbridge and percussionist Marc Quinones to join him in the studio.

On “Gold Dust Woman,” Grace Potter adds her unique vocal timbre. Sparking a fast friendship and instant chemistry several years ago, Haynes and Potter have performed this song together many times on stage and this endeavor seemed like the perfect opportunity to document it in the studio. That chemistry, along with Railroad Earth’s unique instrumental interpretation, plays out here in fine form on the sole duet on the album.

The presence of these world-class musicians and artists, along with that of Grammy-winning singer-songwriter Shawn Colvin and famed harmonica player Mickey Raphael (who each make an appearance here on “Wanderlust”) is yet another reason why Ashes & Dust stands as such a personal, ambitious document of Warren Haynes’ history. With songs that reach back to his initial fascination with music and others that go right up to the present day, it’s a look behind his first-rate playing and into his enduring creative spirit.

“These songs were each very important to me when they were written, especially since some of them go so far back,” he says. “They’re all visual memories and experiences of certain time periods that I tried to capture in song. They really represent a collection of memories in my life.”