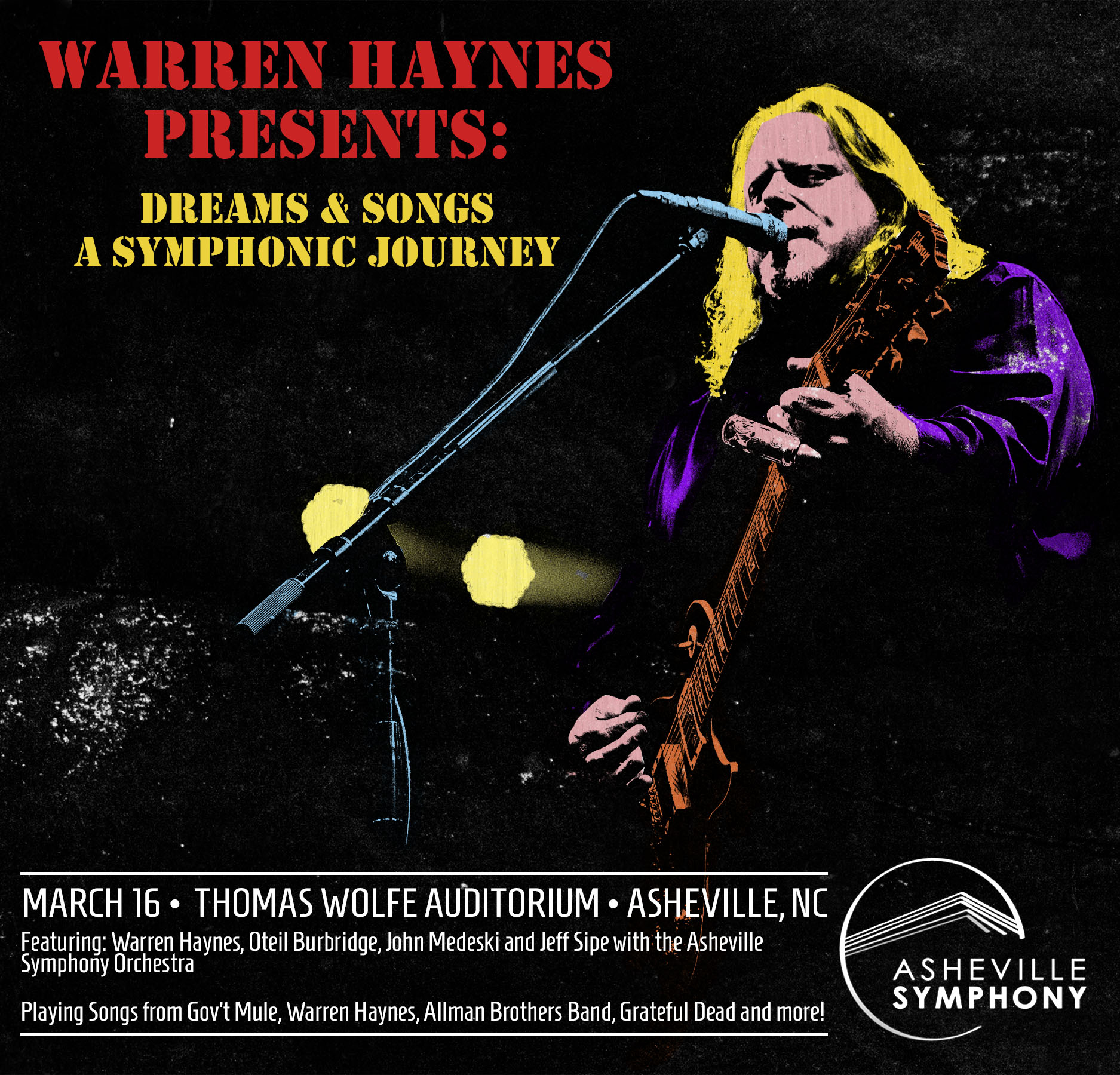 Haynes will team up with the Asheville Symphony along with Oteil Burbridge on bass (Allman Brothers Band, Dead & Co., The Aquarium Rescue Unit), John Medeski on keyboards (Medeski Martin & Wood, Phil Lesh & Friends) and Jeff Sipe on drums (Aquarium Rescue Unit, Leftover Salmon). Rich Daniels, the versatile musical director of The City Lights Orchestra in Chicago and music director for FOX’s hit show Empire, will conduct. Daniels has appeared with some of the greatest names in music including Ray Charles, Garth Brooks, Dionne Warwick, and many more.

During this one-of-a-kind evening of world-class musicianship, Haynes will lead symphonic adaptations of songs spanning his vast repertoire including tunes by Gov’t Mule, Allman Brothers Band and Grateful Dead as well as music from Haynes’ solo catalogue and several surprise covers.

"This is a project I’ve been thinking about ever since I was given the opportunity to interpret and celebrate the music of Jerry Garcia with a symphony a few years ago. When I was recently asked to perform at the Amadeus Festival it seemed like a great opportunity to start diving into my own repertoire and continue my symphonic journey. I am so lucky to be able to begin this with three of my favorite musicians in the world; Oteil, John and Jeff,” says Haynes.