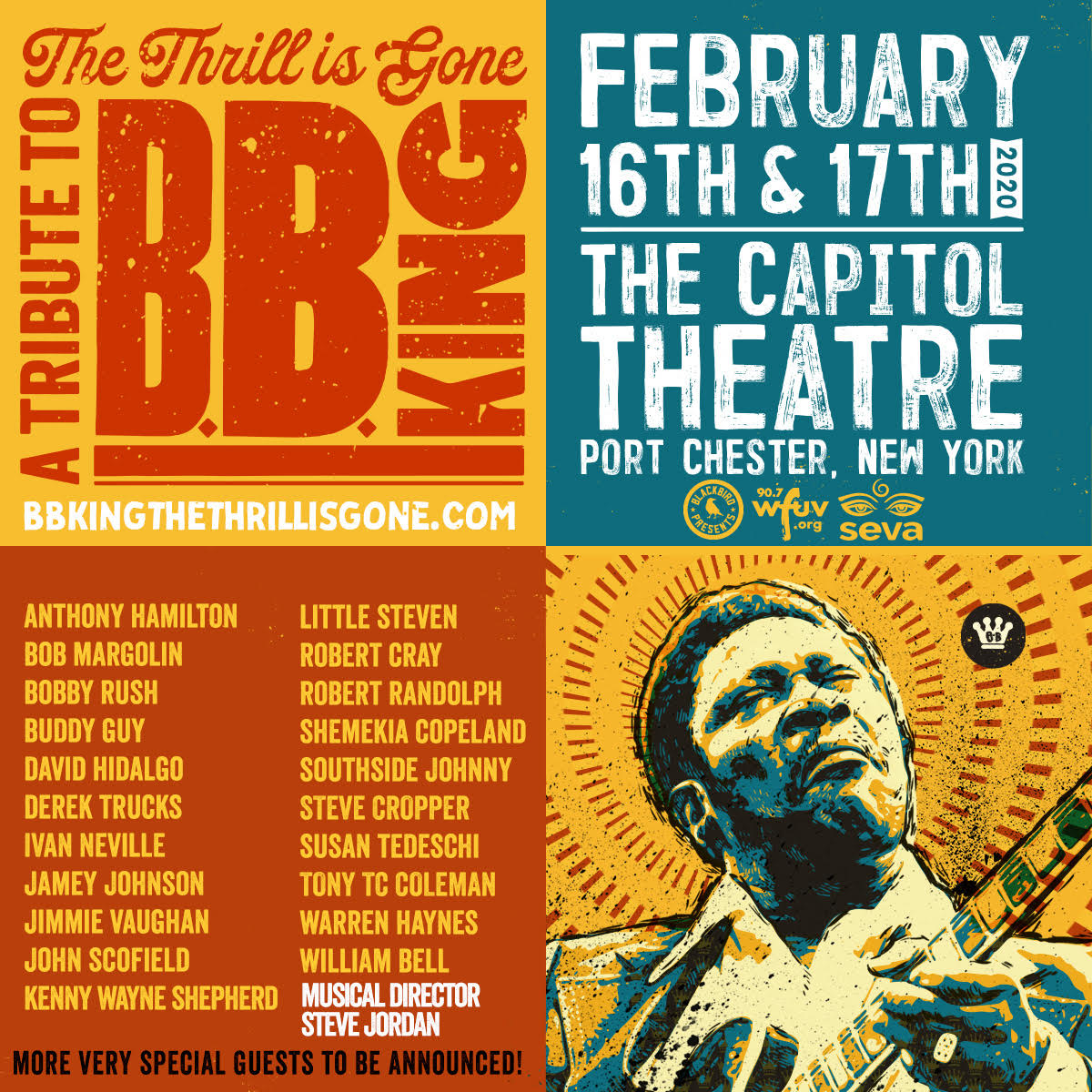 Blackbird Presents and The Capitol Theatre in partnership with the B.B. King Estate are proud to announce two incredible nights of music celebrating the music of B.B. King. The Thrill Is Gone: A Tribute To B.B. King featuring some of music’s greatest Blues and Rock legends celebrating the legendary king of Blues, B.B. King.

A portion of proceeds from The Thrill Is Gone: A Tribute To B.B. King will benefit the Seva Foundation, a global nonprofit eye care organization that transforms lives and strengthens communities by restoring sight and preventing blindness. The SEVA Foundation was co-founded by Wavy Gravy, a close friend of B.B. King for over 40 years and whose moniker was given to him by King at the Texas International Pop Festival in 1969.

Pre-sale tickets are now available at http://bbkingthethrillisgone.com/presale. Use password THRILL.

Tickets go on sale to the general public 12p ET Friday at Ticketmaster.com.

*Artist lineup is subject to change.