Scheduled for July 25-28, Peach 2019 will feature everything from jam scene mainstays like Blues Traveler and moe. to jamgrass torchbearers like Greensky Bluegrass, the Infamous Stringdusters and Yonder Mountain String Band.

Living up to the festival’s name, there will be plenty of Allman Brothers love at the Scranton, Penn. event. Original ABB percussionist Jaimoe will play a set with his Jasssz Band, and the newly formed Allman Betts Band – led by second generation Allmans Duane Betts, Devon Allman and Berry Oakley Jr. – will also be featured.

And while the Peach 2019 lineup is already over 50 artists deep, event organizers were sure to mention that there are still a batch of performers to be announced.

Early bird tickets are on sale now at ThePeachMusicFestival.com.

Check out the full lineup below: 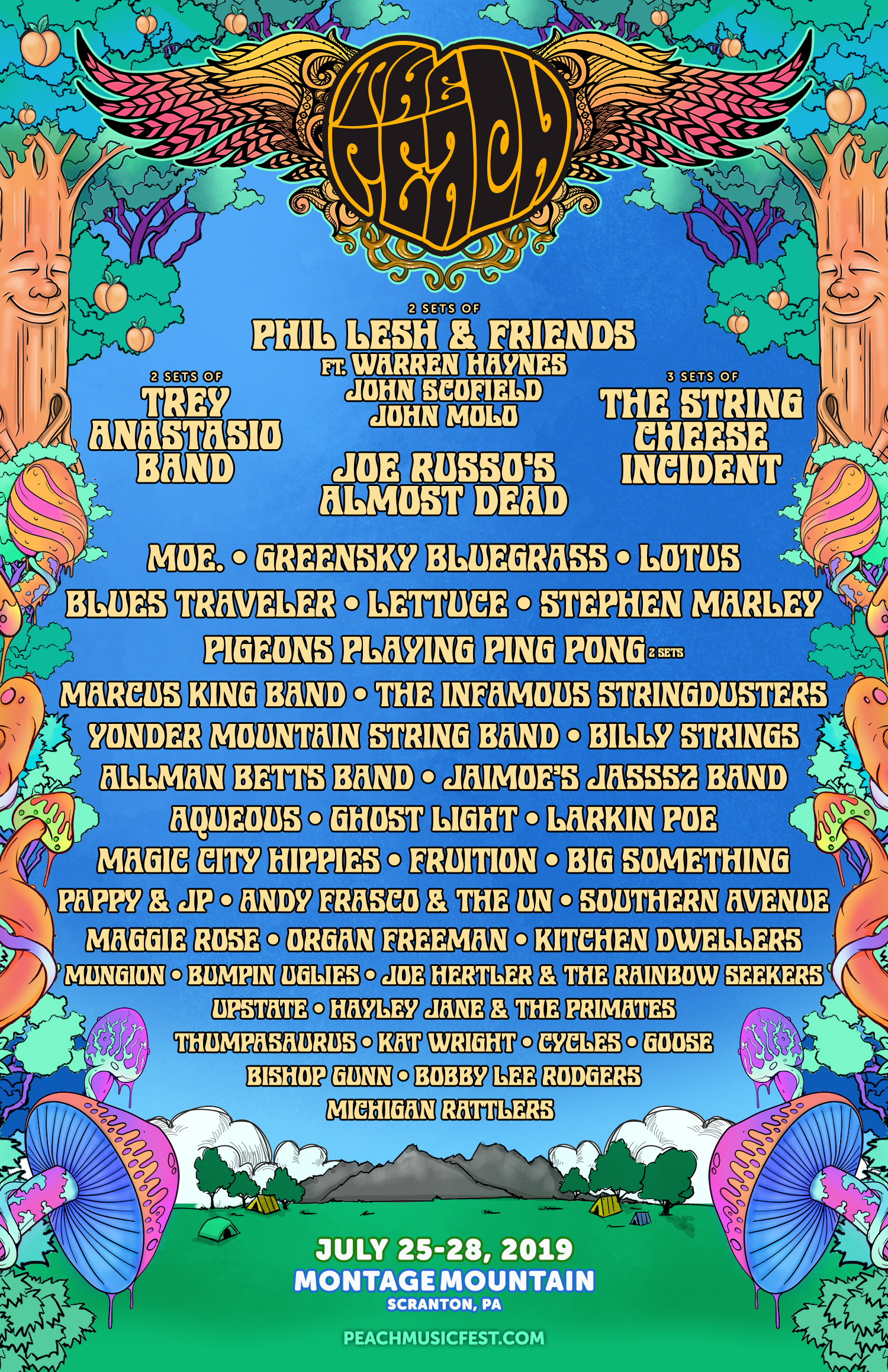