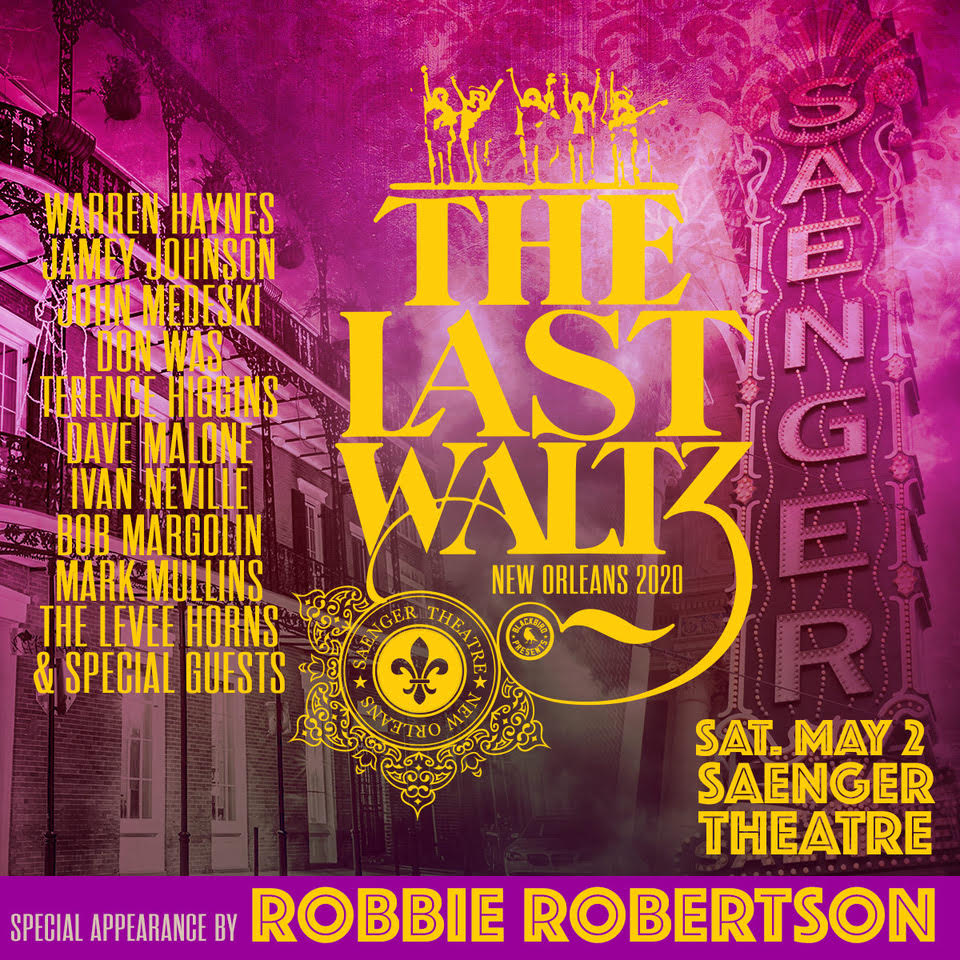 Tickets go on sale Friday, March 6, at 12PM CT at Ticketmaster.com and the Saenger Theatre Box Office. VIP packages, including great seats and exclusive event merchandise, will be available.

Over forty years ago, The Band performed their final concert to a sold-out crowd with a who’s who of Rock 'n’ Roll royalty in attendance. “As far as farewells go, this one was major,” stated Rolling Stone Magazine in a 2016 expose about the famed concert. The evening culminated with “Don’t Do It,” The Band’s cover of Marvin Gaye’s “Baby Don’t You Do It.” After the last note, Robbie Robertson, The Bands’ lead guitarist, songwriter and a founding member, said "Goodnight. Goodbye." walking off stage, forever immortalizing this epic event.

“New Orleans has always been a special and influential place,” says Robbie Robertson. “I am honored to continue the tradition of celebrating The Last Waltz with this extraordinary lineup in a city that has meant so much to me.”

This show continues Blackbird Presents’ annual “Second Weekend at The Saenger” concert series. Previous events include Nathaniel Rateliff & The Nightsweats, Ryan Adams: Exile On Bourbon St., New Orleans Is Waiting For Columbus, The Last Waltz New Orleans: A Celebration Of The 40th Anniversary of The Last Waltz, Nevilles Forever: A Celebration of The Neville Brothers and Their Music, and The Musical Mojo of Dr. John: Celebrating Mac and His Music.