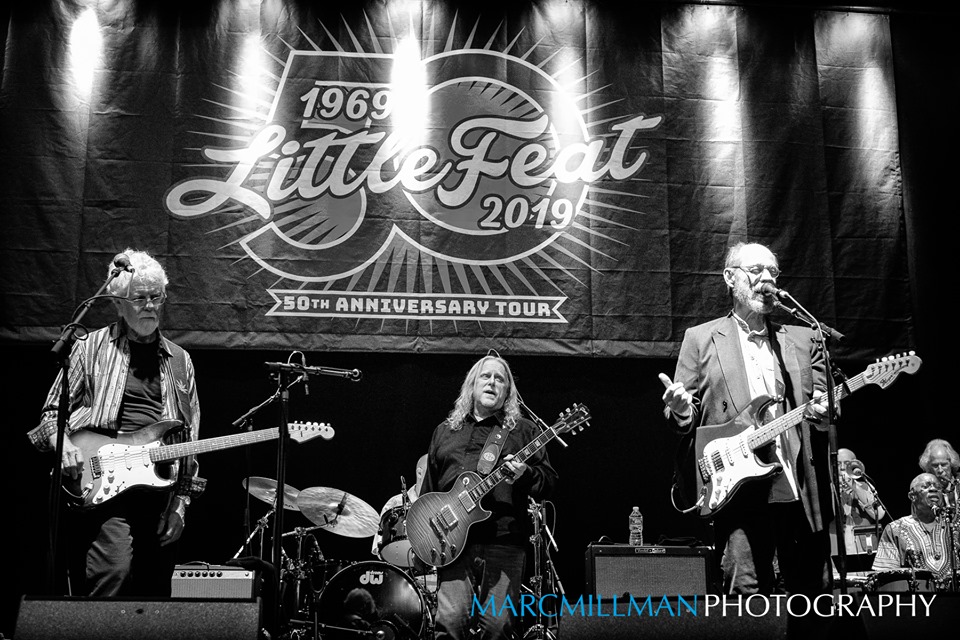 In 1991 the Allman Brothers and Little Feat did a wonderful tour together. Having just joined one of my all-time favorite bands two years earlier, here I was, now, on tour with two of my favorite bands of all time. Virtually every night I would join Little Feat on stage and soak up the magic that only they could create. Being in the middle of it was truly a joyous experience. Countless times I found myself acknowledging the fact that ‘if there was another band that I grew up listening to that I would want to join it would be Little Feat’.

From the moment I discovered their music in the seventies I was hooked, and studied every nook and cranny of their amazing body of work. Dixie Chicken came first for me and then I moved backwards and forwards, to the the early albums and to everything I had somehow missed. I had a lot of catching up to do. By the time Waiting For Columbus came out everyone I hung out with was a Little Feat fanatic. The pulse of the grooves, the way Richie, Kenny, and Sam locked into some voodoo stew that couldn’t be pinned down or traced back to any certain genre, laid a foundation for this multi-dimensional new approach to music that was a combination of so many elements that you heard something different each time you listened. Bill’s virtuosic sense of chordal complexity and harmony, combining jazz with a glimpse into the history of all American music and beyond, made the more organic, bluesy lines that flowed on top sound both perfect and deceptive at the same time. Lowell’s and Paul’s voices, both as singers and guitar players, weaved together in a way that rounded out each other and came together in the middle, highlighting both the similarities and the differences between them- the mark of any great guitar tandem or vocal duo. There has to be just enough contrast, juxtaposition, and tension, combined with a proportionate amount of simpatico common ground and a shared love of influences to create that balance that true chemistries are made of- where the sum is greater than the parts- where the world is glad and lucky that those people found each other. Lowell and Paul had that. Little Feat had that in spades.

Having played a lot of Little Feat’s music through the years- both with them and in several other situations- I can say that my love and reverence for that music has not diminished one iota. In fact it's quite the opposite. There are truly so few bands and artists whose music is better now than it was when we first discovered it and I consider Little Feat to be one of those sacred few. A couple of years ago at the Saenger Theater in New Orleans (a place where were Paul and Fred Tackett had previously sat in with Gov’t Mule) I was part of a celebration of Waiting For Columbus which I consider to be one of the greatest albums of all time. Although I had never played or sung a lot of those tunes, I had listened to them countless times and thought it would be no big deal learning the ones I had never tackled. Wrong again. It made me realize not only how deceptive and tricky the tunes are but also how much I appreciate the fact that I never dissected that music and learned the individual parts but rather let it soak in from a fan’s perspective and influence me however it would. I am very grateful for Little Feat’s music- it will always be in the Pantheon for me. I’m also thankful to call each of them my friends. I love you, Paul. Thanks for giving us all “something real- something to feel”.- WH