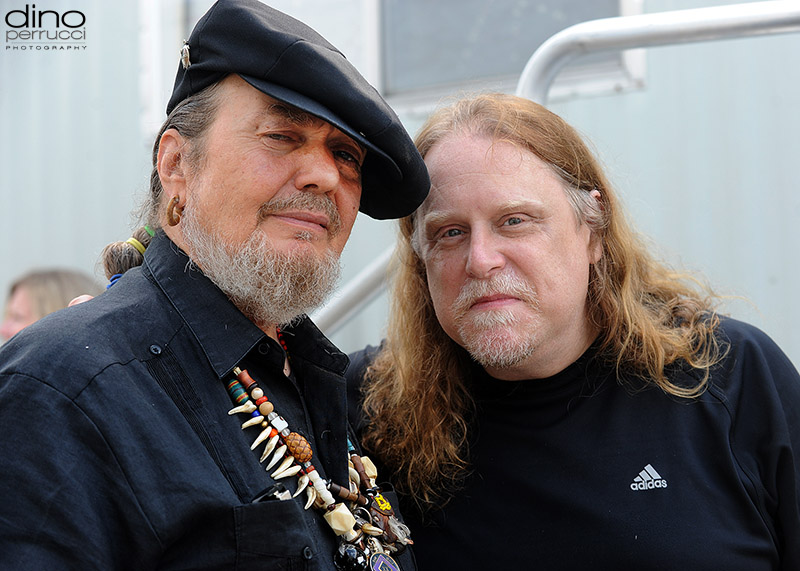 Here we go again. Mac was one of the few left from that era. A true legend. A true innovator. A giant.

I’ve always made a point of saying that New Orleans is our richest musical city. Most American music came through or out of New Orleans. Mac embodied New Orleans. A lot of the world, and the music world for that matter, didn’t realize how heavy Mac was. He chose to remain true to New Orleans music and did a ton to help that scene but he transcended all that at the same time. He brought New Orleans to a Rock and Roll world- one of a small group of icons that stood tall among Jimi Hendrix, Bob Dylan, Sly Stone, Miles Davis, Bob Marley etc. that created something that changed the trajectory of music history- something that stood alone as a “style” of music that needs no other description. When someone says “it has a sort of 'Dr. John feel’”- all serious musicians know what that means. That’s heavy.

In the late 60’s Mac blended together traditional New Orleans music with other elements (most of which, to some degree, were a by-product of New Orleans), most notably funk and psychedelia, into a gumbo of musical ingredients that was uniquely his recipe. Like so many great innovators Mac created music that left a trail of breadcrumbs indicating (to anyone interested in learning) where it all came from but, also, as is the case with so many great innovators, the end result was something that, after being filtered through his unique musical personality, could only be created by him. His actual personality and his musical personality were one and the same. Someone else playing the same thing on the piano sounded different. Someone else singing the same melody and phrasing sounded different. Lots of artists borrowed heavily from Mac but his authenticity was part of his uniqueness.

I was lucky enough to have shared the stage with Mac many times: with the Allman Brothers, with Gov’t Mule, with the Warren Haynes Band, and most notably on the final leg of the Last Waltz 40 tour where we played together every night. It was always a learning experience listening to what he was playing and singing and I’ll always cherish the many stories I heard him tell although general conversations with Mac were like stories- filled with decorative nuance and local color. As I’m writing this I’m thinking about the time he played with the Allman Brothers at the Beacon- the first time we played Walk On Gilded Splinters together. The Allman Brothers had been playing the song a lot towards the end but our version was very different from his- even in a different key. All together in the little rehearsal room upstairs we had a discussion that went something like this: “Hey Mac, how do you want to do Gilded Splinters- slow, like your version or fast, like ours?” Pause….”It don’t make no difference to me. However you wanna do it.”
“Well, we do it in G and I think your original version is in D.” Pause……”However we do it’s how we gonna do it”, came his response. It dawned on me at that moment that this was just another moment out of thousands in his life and that he probably approached most or all of them the same way- “However we do it’s how we gonna do it.”

I’m reminded also of a night in New Orleans when Dr. John as The Night Tripper was on the bill with Gov’t Mule. Oteil Burbridge and I stood off to the side of the stage and watched as they played the slowest version of Gilded Splinters either of us have ever heard. They were several minutes into the tune before either of us realized what song it was. It’s still one of the most beautiful musical experience I’ve ever had. I have a bootleg recording of that show. I think I’ll listen to it tonight.