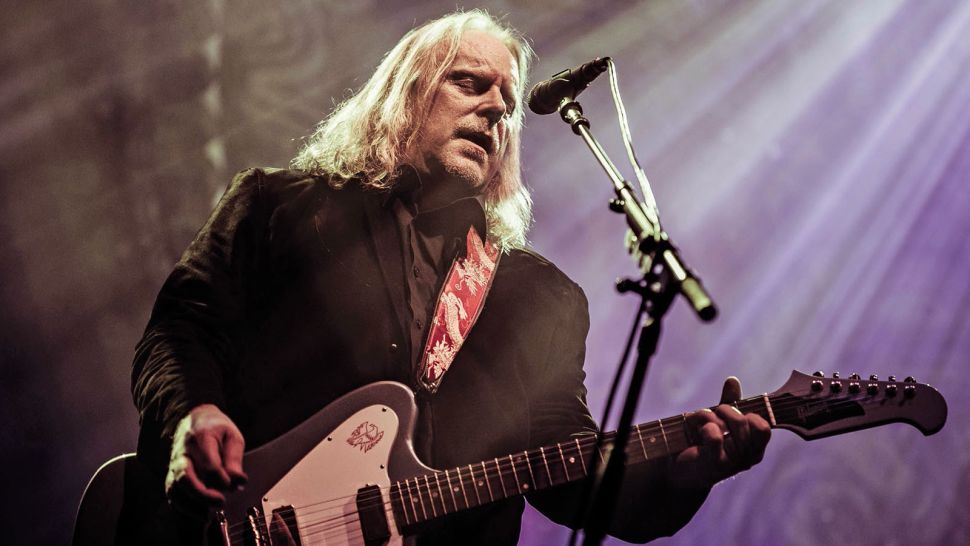 Warren Haynes dishes on how he's kept Gov't Mule together for 25 years, and offers an interesting take on the regime of self-improvement as a guitarist

How do you keep a band together for 25 years? According to Gov’t Mule’s Warren Haynes, it ain’t easy.

“We’re very lucky to have the musical and personal chemistry we’ve got,” he says. “We still enjoy hanging out and traveling with each other, which I can’t say is the case for a lot of bands who’ve been together a long time. If you can keep a band together that long, the chemistry and communication becomes telepathic. There’s a lot of stuff we do on stage that people would think was rehearsed, but it’s all off-the-cuff because we’re in the same headspace.”

Gov’t Mule are celebrating their 25th anniversary with Bring on the Music: Live at the Capitol Theatre, a multiple-format release of live performances, each featuring a different set list. “Typical Gov’t Mule fashion - we like to release as much as possible,” Haynes says. “Our fans really like that kind of thing. It went from one DVD to ending up as two DVDs and two CDs, all featuring different music.”

Remarkably, Mule appear to have found a way to make money from recording in an ever-shrinking market via their Mule Tracks live-show downloads. As Haynes explains: “We also encourage people to record the songs themselves and trade the shows, so it’s not so much about the money as people having access to the music. With Mule Tracks we offer what we consider to be a higher-quality version, but some people prefer their own recordings, and that’s cool too.”

Haynes has an interesting take on the regime of self-improvement as a guitarist. “I’m mostly just looking for inspiration all the time, coming from who knows where. How to approach the guitar differently from an unspoken mindset, thinking about which parts of my vocabulary I want to discard and which I want to utilize more.”

Haynes, a longtime Gibson devotee, takes an arsenal of signature models and Custom Shop axes on the road with him, while the vintage guitars rarely leave home.

“I’ve got a ’59 Les Paul, a ’61 dot-neck ES-335 and a mid-Sixties ES-355 that was given to me by Gregg Allman that are particular favorites. I leave them all at home; I’ll use them in the studio, but I don’t really trust fate as far as taking old guitars on tour. My signature guitars are my favorites from a playability standpoint, but when I switch to my ’59 Les Paul, there’s something magical there that you just can’t replicate.”