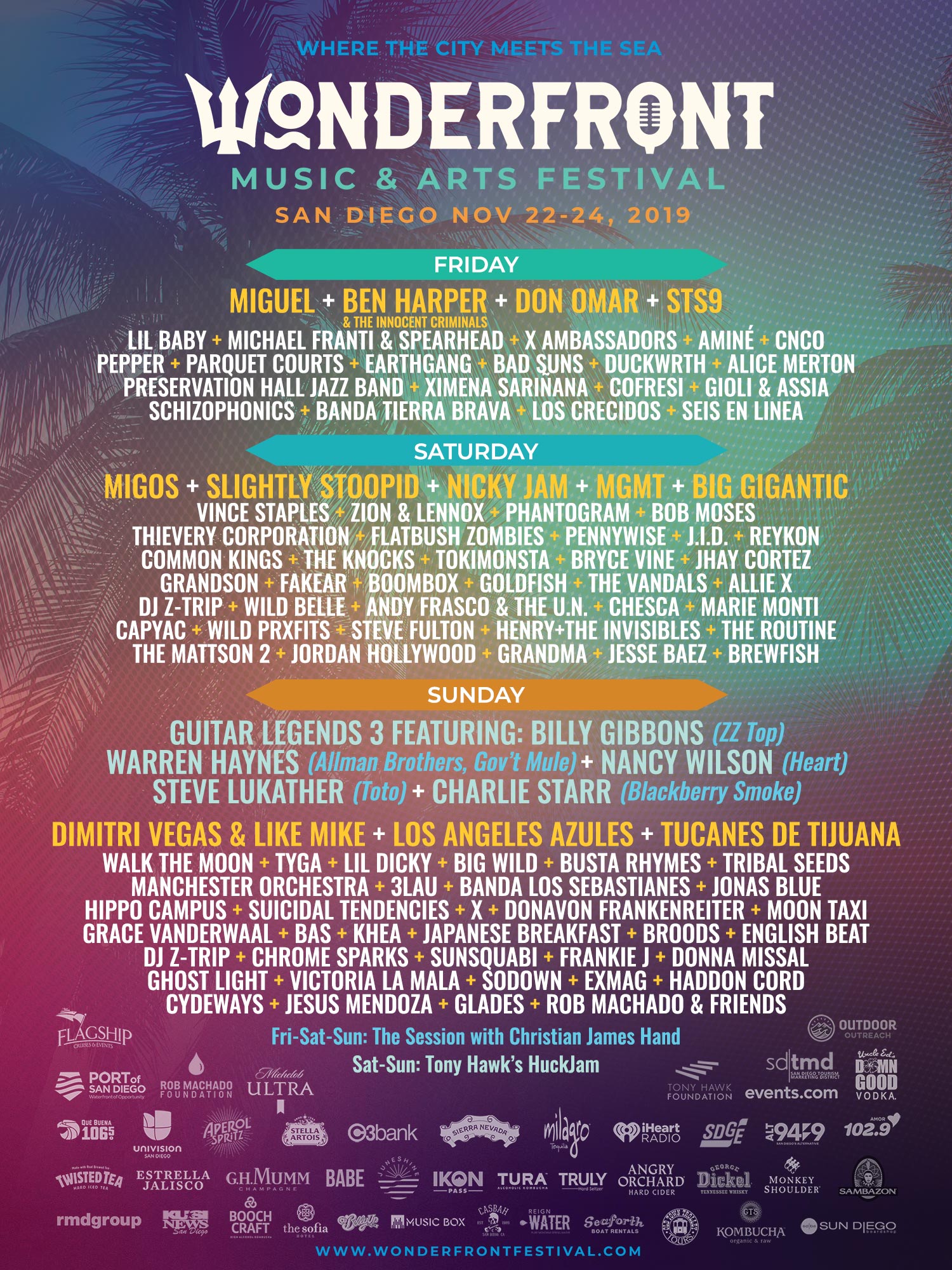 Bob Okun, executive producer of the event and former U.S. Assistant Secretary of Education, says: "'America Salutes You' raises awareness and funds for a range of deserving charities including those assisting our veterans and first responders. One hundred percent of the public's donations will go to these wonderful charities. Thank you once again, Mr. Billy Gibbons, for your leadership on another historic benefit concert and thank you to all of the iconic performers for donating their time and talent. We are so excited to be part of the new, three-day Wonderfront Music Festival in San Diego."

According to the San Diego Union: "This marks the first time the guitar-fueled event will take place in San Diego and the first time it will be held as part of a festival rather than as a stand-alone indoor event. The addition of Gibbons, Lukather and the other veteran six-string stars should broaden the multi-generational appeal of Wonderfront. The other headlining acts-which include Miguel, Ben Harper, Migos and San Diego's Slightly Stoopid-generally appeal to a younger demographic."

The benefit concert will be live to tape on Sunday, Nov 24 at 8 p.m. at the Embarcadero Park as the finale of the three-day Wonderfront Music Festival. The 90-minute special will be broadcast nationally on the CW Network and internationally streamed. Returning sponsors include AT&T, Production Glue, Walgreens, KLOVE Media, and new sponsors include The Center for Discovery. In addition, No Greater Sacrifice, the LA Fire Department Foundation, the Entertainment Industries Council and Veterans Village of San Diego will be among the charities benefitting from the show.

America Salutes You presents "Guitar Legends 3" is being executive produced by Bob Okun and produced by Evan Hairman and music director Martin Guigui.

For more information please go to https://americasalutesyou.org Donations to America Salutes You can also be made on the website and by texting FREEDOM TO 20222.